The Gumps and Sam ‘n’ Henry 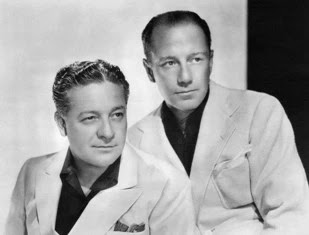 Any long saga can be said to have multiple beginnings. In some ways, the story of Amos ‘n’ Andy begins with the development of its precursor program Sam ‘n’ Henry, while in some ways it begins with Gosden and Correll working together in the Joe Bren Company in the early 20’s.
But works of art need their influences, and Amos ‘n’ Andy thus finds its roots in a comic strip called The Gumps.

Though not quite an onomatopoeia, the word “gump” sounds thick or slow and was a word for an average dumb person coined by Chicago Tribune publisher/editor Captain Joseph M. Patterson, who birthed the premise of the strip before passing it on to its artist, Sidney Smith.

Andy Gump was the comic strip’s protagonist and head of the household. His wife was Min and their son Chester. Another main character was their wealthy uncle Bim. The strip was groundbreaking because of its serial format, presenting a long, continuous story. Many of the plots revolved around Andy’s various schemes. Elizabeth McLeod describes Andy as “a grasping, amoral character -- always involved in petty scheming, and always striving to climb beyond his lower-middle-class station.”
Money--needing it and having to look outside the traditional job to find it--would of course become a theme in Amos ‘n’ Andy and its forerunner Sam ‘n’ Henry. When McLeod further describes Andy Gump by saying “his speech was bombastic and self-important, and his self-confidence seemed boundless, even when faced with the failure of his latest venture -- and this tendency often made him an easy target for bunco artists,” we can see his influence on Henry Johnson and later on Andy Brown.

Andy Gump wasn’t influential to Gosden and Correll merely as a character they found interesting; their involvement goes further than that. The Tribune, of course, owned WGN, where G ‘n’ C were employed as a singing act. In 1925, station executive Ben McCanna approached the duo with an offer to star in a radio series based on the Trib’s comic strip, which, by then was wildly popular (having debuted in Feb. 1917).

G ‘n’ C were skeptical, and worried about voicing the various female characters in the comic strip. They declined the offer to build something from an established franchise, but instead began to develop their own characters for what would become a serial radio program, Sam ‘n’ Henry. This show would begin airing on WGN on Jan. 12, 1926.

Whereas Andy Gump was a family man motivated by the pressure to be the breadwinner and improve his and his family’s lot, Sam and Henry were single men traveling together, representing hundreds of thousands of Great Depression migrators who wanted nothing more than to save up enough for a steady roof over their heads and modest groceries. However, the prototype that contained elements of all three: the desperate craps-shooting quasi-hustler, set against the backdrop of a ruthless capitalist society, would cast a long shadow over American popular culture.